Bundt cake recipes are so cute. They look more professional than a sheet cake – in fact, people will think it’s store-bought! A Bundt pan is a great investment for anyone who loves baking. There’s a lot of tradition behind these round cakes, too. Bundt cakes are based on traditional German cakes with a hole in the center, and became popular in the 1950s-60s.

In the south, we love Bundt cakes because they pair perfectly with sweet tea and coffee – and we sure love our tradition, too. Our mamas and grandmas have been making Bundt cakes since we were children. To be honest, I didn’t know a lot about the history behind the Bundt pan, so I looked it up. It turns out, it has an interesting story!

In 1950, Nordic Ware created the Bundt pan as an aluminum version of the traditional cast-iron German ‘Gugelhuph’ dish. It didn’t sell well, and Bundt cakes might never have caught on. But then in 1966, a cake made in a Bundt pan won the Pillsbury Bake-Off, and suddenly Bundt pans were in-demand. In fact, they became so popular that they outsold the Jell-O mold and became the most-sold pan in U.S. history. The more you know!

Now that you’re feeling nostalgic about Bundt pans, why not make some delicious Bundt cake recipes? At FaveSouthernRecipes.com, we have a collection of irresistible vintage and modern recipes that are the best ways to use your Bundt pan.

Best Ways to Use Your Bundt Pan: 11 Bundt Cake Recipes

Before we get started... Be sure to check out RecipeLion.com's most delicious cookbook yet, Family Favorite Casserole Recipes. You can find this … END_OF_DOCUMENT_TOKEN_TO_BE_REPLACED 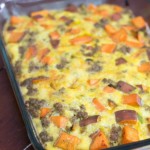