One of my favorite fall and winter aromas is cinnamon. I especially love filling my home with the smell of cinnamon baked goods, cinnamon roll recipes, and numerous other easy cinnamon recipes. In the morning, the Better Than Starbucks Cinnamon Sugar Latte gets my day going and in the afternoon a Cinnamon Roll Cookie Bars recipe will brighten my day.

Here at AllFreeCopycatRecipes.com we have collected the world’s best restaurant copycat cinnamon recipes to meet all your cooking and baking needs. Here is a peek at what we are featuring in our collection of 16 Easy Copycat Cinnamon Recipes and a look at what the blogosphere’s best cooks are creating this fall season. Add these cinnamon recipes to your daily routine and I promise you will not be disappointed. 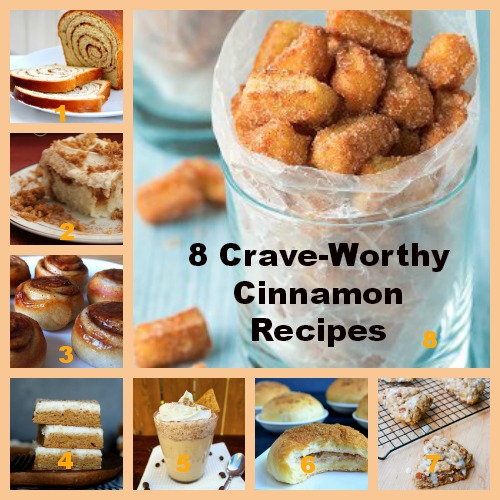 We have even more scrumptious recipes to spice up your fall. Check out our collection of 16 Easy Copycat Cinnamon Recipes for more great recipe ideas.

Before we get started... Be sure to check out RecipeLion.com's most delicious cookbook yet, Family Favorite Casserole Recipes. You can find this … END_OF_DOCUMENT_TOKEN_TO_BE_REPLACED