I absolutely love fried green tomatoes! You might think my love for them is made fonder by the fact that I can’t have them year-round. On the contrary, I’m surprised my youngest child wasn’t born tomato green. I was 3 months pregnant with him when we moved to Hawaii and, since green tomatoes were readily available there year-round, I indulged my craving for them frequently. Perhaps I should define frequently: I made them virtually every day; occasionally, I even made them twice in a day. Yes, really!

So, now that I’ve fully convinced you how much I love them, you may now feel sorry for me because I no longer live in Hawaii. I have to wait for the summertime harvest to get green tomatoes. And summer never seems to roll around often enough. Well, in July, I was visiting my parents in TN. While my parents don’t have a garden, my cousin does and she is more than willing to share. Twice while I was there, my mother made me fried green tomatoes. The second time, she made them for me even though she had decided NOT to have any because she had already gained weight during my visit. OK, she did have one. How she restrained herself from gobbling up the whole plate is a mystery to me! I guess that’s true motherly love – the more she ate, the less I’d have. On the other hand, she probably feared being impaled by my fast-moving fork, which had no qualms with visiting the serving plate over and over again.

I obviously have a ton of experience making fried green tomatoes. If you don’t believe me, you didn’t read paragraph one carefully. I am always willing to learn, though, and my mother’s fried green tomatoes were lip-smacking good. So, I queried her as to what she uses for the breading. In the past, I have used flour, corn meal, bread crumbs, and many combinations of the three. After all, variety is the spice of life. And if one is going to live off of fried green tomatoes, some variation in the recipe is not necessarily bad. Anyway, Mom told me that she uses flour and corn meal to bread hers. I’m assuming she used all-purpose flour because she rarely uses self-rising. Also, the breading was rather flat and crisp. Had she used self-rising flour, the breading would have been puffier. She told me that she does use slightly more flour than corn meal. She also uses a bit of sweetener to counteract the “wangy” flavor of the green tomatoes. In case you’re wondering, “wangy” is Mom’s southern way of saying tart. Naturally, a little salt in the breading is a must.

Now, here’s the actual process for preparing the tomatoes. Of course, the green tomatoes have to be washed and sliced, then placed into a bowl of water. Don’t slice too thin as they don’t hold up well; don’t slice too thick as they take longer to cook and the breading may burn before the tomato is cooked. The breading of flour, corn meal, sweetener, and salt is mixed in a separate bowl. Mom removes one slice of tomato from the water bowl, dredges it through the batter mix, and places it on a cookie sheet or large platter. When all of the slices are ready, she sprinkles more water over the top of them. That last part just may be the secret to her success. I don’t do it when I make fried green tomatoes, but Mom is a country cook who knows her stuff. She cooked entire meals for her large farm family at the age of 11, so who am I to argue with her methods? I will certainly sprinkle my breaded tomatoes with water in the future.

Frying the tomatoes is the “hard” part. If the pan is small and a lot of tomatoes need to be fried, it can take a while. I personally prefer to use a large pan and get it over with. But, it is important not to fill the pan so full as to prevent easy flipping of the slices. You’ll know a slice is ready when both sides are lightly browned. They can be cooked a bit longer if you like your food charred. LOL! I know from experience that the slices don’t necessarily cook at the same rate, so I keep a close eye on them and remove each slice as soon as it is ready. As I remove each slice, I let the grease drip off of it back into the pan and then I place it on a cookie sheet or platter that is lined with paper towels (to absorb excess grease). If the slices are particularly greasy, it helps to place paper towels over the top too and to even use a utensil to put pressure on the upper towel. If the tomato slices are not particularly mushy to begin with, have been breaded well, and have NOT been placed into the pan until the grease is frying temperature, the final product should not be irrevocably soaked with grease.

Well, there you have it. I love fried green tomatoes. I especially love them when they’re made by Mom. After some experimentation, we’ve both found that the tomatoes do not have to be entirely green. In fact, Mom prefers them when they are just beginning to turn red because they are less tart. I don’t mind very tart ones at all, but I’ll also eat them when they are beginning to turn red. I will caution you, though, that the redder they are, the mushier and greasier the final product will be. So, keep that in mind when deciding whether or not you want crisp, tart fried green tomatoes versus a likeness of fried green tomatoes that is mushy, greasy, and likely broken apart. I prefer the former; but, since I so rarely get anything resembling an actual green tomato, I’ll gladly eat the latter too!

Before we get started... Be sure to check out RecipeLion.com's most delicious cookbook yet, Family Favorite Casserole Recipes. You can find this … END_OF_DOCUMENT_TOKEN_TO_BE_REPLACED 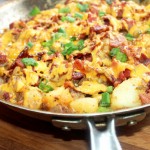 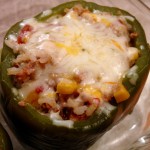