Fans of RecipeLion’s Addie Gundry got to meet the chef and cookbook author at a book signing on August 9 at Lake Forest Book Store, located in the Chicago suburb of Lake Forest, Illinois. Gundry even shared samples of some of her favorite recipes from her two new cookbooks Family Favorite Casserole Recipes: 103 Comforting Breakfast Casseroles, Dinner Ideas, and No-Bake Desserts: 103 Easy Recipes for No-Bake Cookies, Bars, and Treats, including her Smoked Gouda and Mac & Cheese, as well as the no-bake Funfetti Cake Batter Bites. 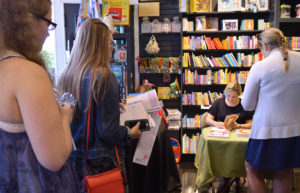 Fans of all ages lined up for an opportunity to meet the cookbook author at the event and to get their cookbooks signed, and some of her younger fans asked Gundry regarding how she approached cooking and baking. Many of the younger fans were familiar with Gundry’s appearances on the Food Network, most recently on the show Food Network Star. Gundry, who has previously worked for Christian Etienne, Daniel Boulud, Thomas Keller, and Martha Stewart, holds a master’s degree in culinary arts at Auguste Escoffier in Avignon, France. 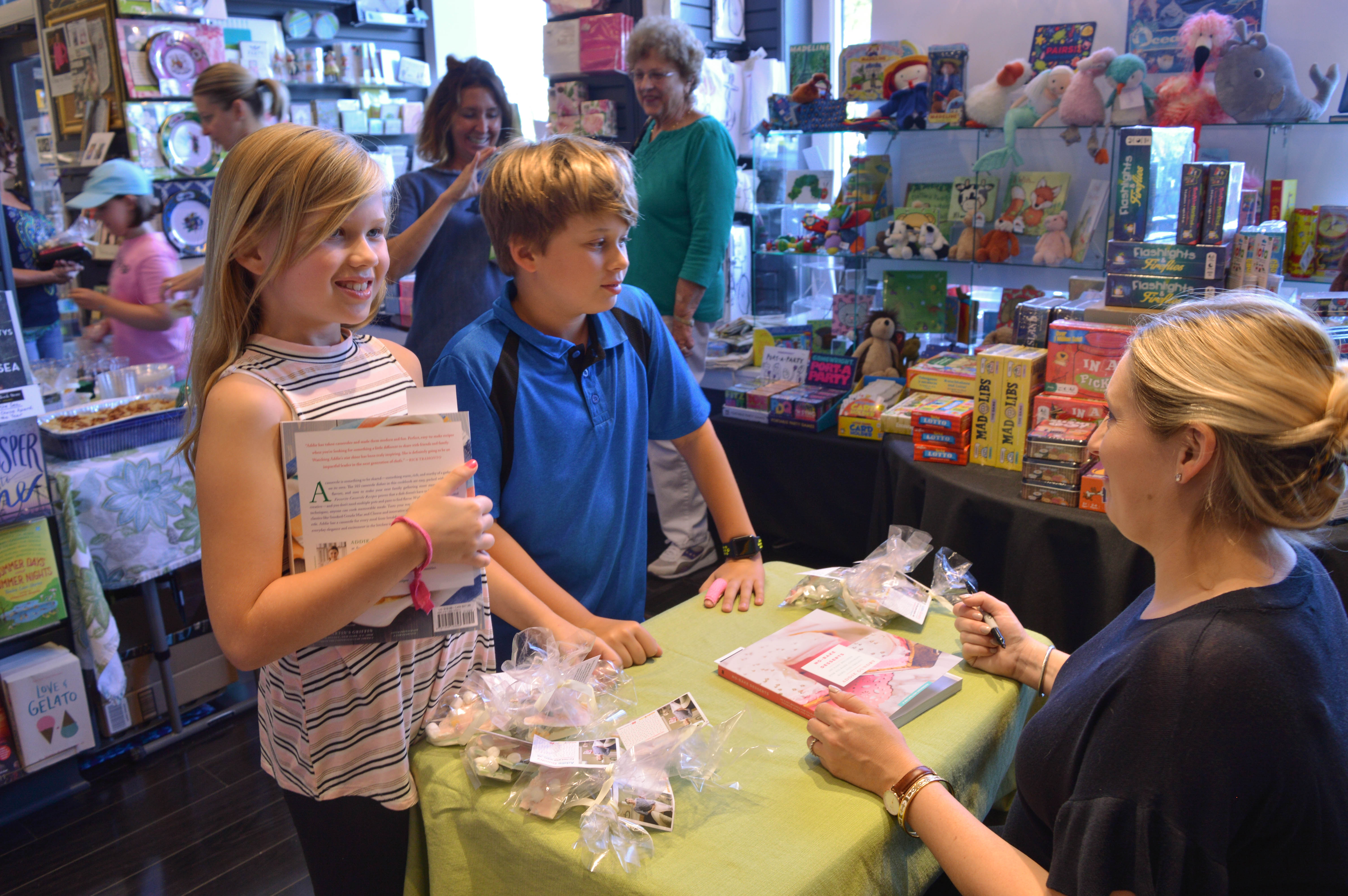 Gundry’s RecipeLion cookbooks were released in July. In the cookbooks, Gundry shares anecdotes and tips on cooking and baking in addition to delicious recipes. The cookbooks are available to order now on Amazon and Barnes & Noble.

In the Family Favorite Casserole Recipes cookbook, Gundry shares recipes for an assortment of casseroles for breakfast, lunch, dinner, and even dessert, including French Onion Soup Casserole and Strawberry Icebox Casserole. Gundry’s No-Bake Desserts cookbook includes a number of low-stress and easy dessert recipes that can be made without using the oven. In additoin to the Funfetti Cake batter Bites recipe, the cookbook includes recipes for Snickerdoodle Balls and Stuffed Strawberries. 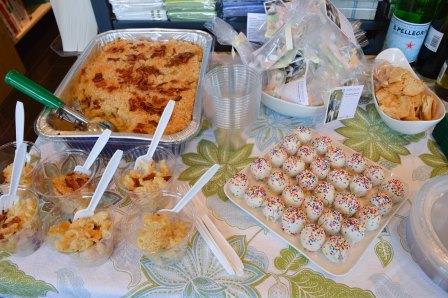 Addie Gundry shares samples of some of her favorite recipes at the book signing at Lake Forest Book Store. Photo credit: Gianna Annunzio of The Lake Forest Leader.

The book signing is the latest appearance by Gundry in support of the new cookbooks. She appeared for a book signing at The Book Cellar in Chicago’s Lincoln Square neighborhood last month. Fans of the cookbook author may have also seen her appearance on Windy City Live in July, as well as her recent appearance on QVC’s Cooking with David.

Gundry, a star of the Food Network show Cutthroat Kitchen, also appeared on the recent season of the cable channel’s competitive reality show Food Network Star. She also has two upcoming cookbooks in the RecipeLion series, Everyday Dinner Ideas: 103 Easy Recipes for Chicken, Pasta, and Other Dishes Everyone Will Love and Easy Cookie Recipes: 103 Best Recipes for Chocolate Chip Cookies, Cake-Mix Creations, Bars, and Holiday Treats Everyone Will Love. Both cookbooks will be released in November 2017. 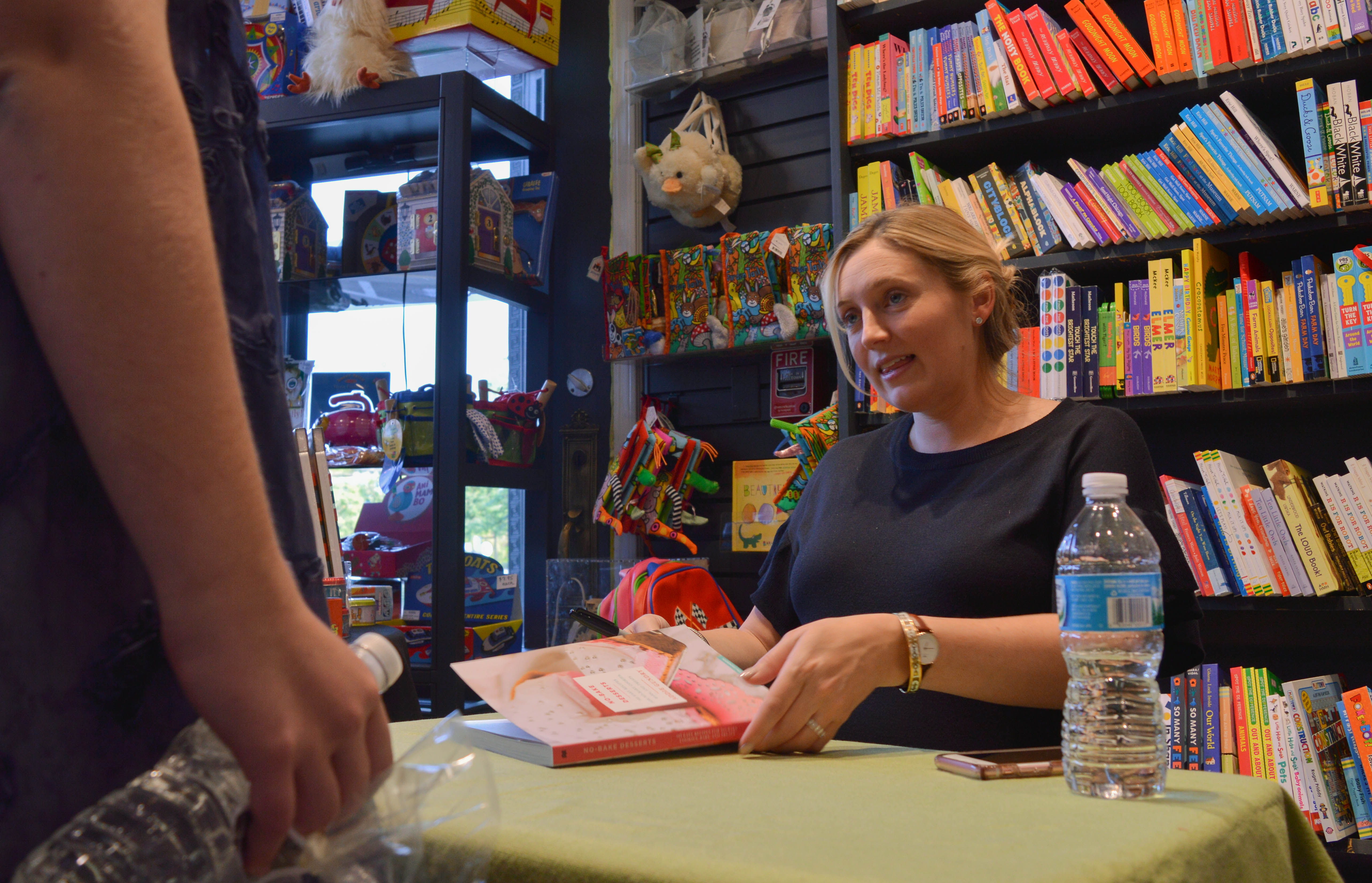 RecipeLion’s Addie Gundry signs a copy of her cookbook for a fan at the book signing at Lake Forest Book Store. Photo credit: Gianna Annunzio of The Lake Forest Leader.

Before we get started... Be sure to check out RecipeLion.com's most delicious cookbook yet, Family Favorite Casserole Recipes. You can find this … END_OF_DOCUMENT_TOKEN_TO_BE_REPLACED