AllFreeSlowCookerRecipes.com is excited to announce our own official Slow Cooker Week! From December 8, 2013 through December 14, 2013, we’re hosting a blog series of 7 days of winter and holiday slow cooker recipes. And, we’re giving away a Hamilton Beach 6 Quart Programmable Stovetop Slow Cooker at the end of our special Slow Cooker Week!

Check back to RecipeChatter.com each day, for 7 days, to see great slow cooker recipes from some of our favorite bloggers. 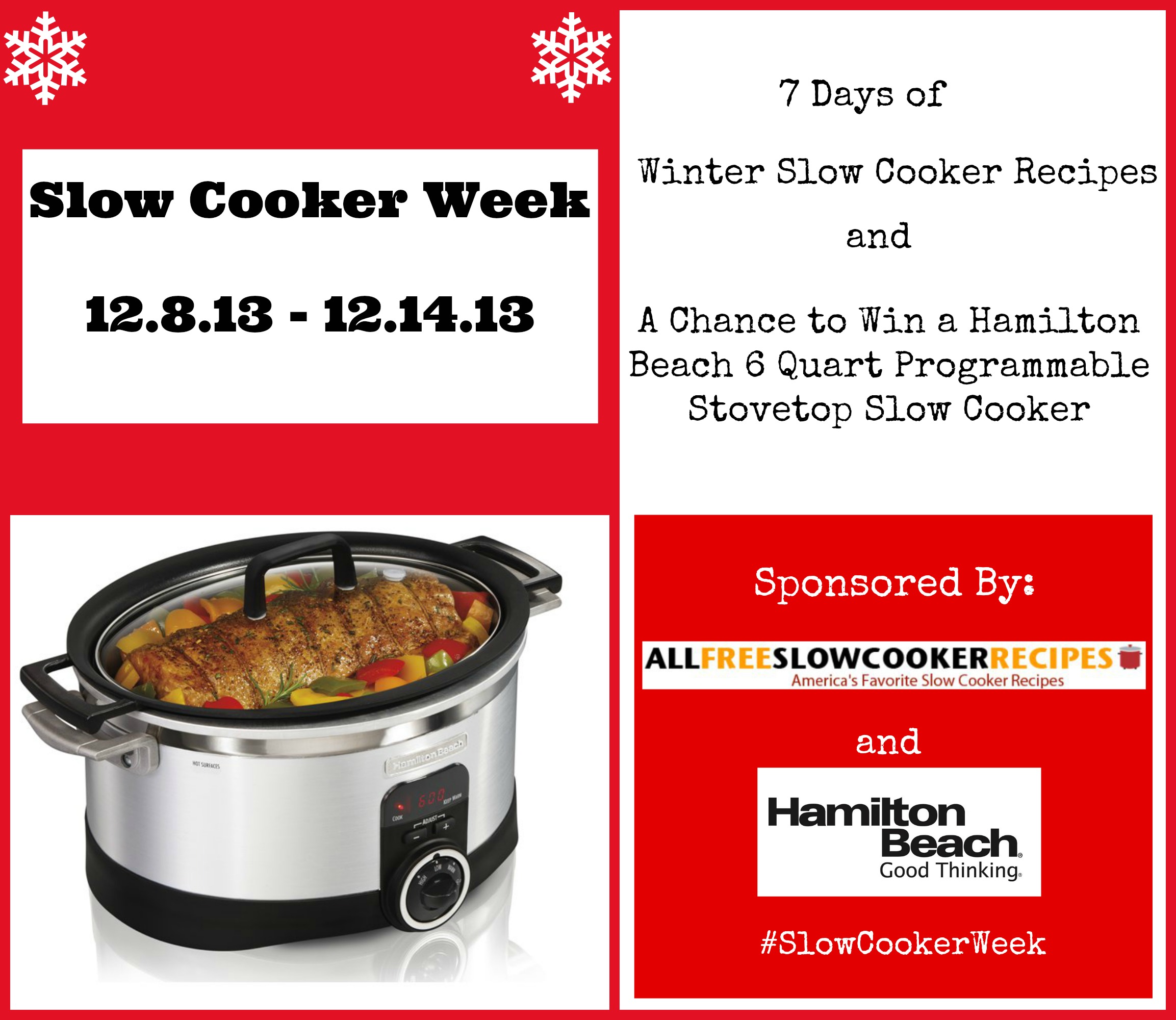 You can enter once per day, every single day, on AllFreeSlowCookerRecipes.com. You can earn an *extra entry* each day by commenting (one comment per day) on each of our 7 blog posts throughout Slow Cooker Week.

Enjoy all of our winter and holiday slow cooker recipes! And, be sure to enter to win this great Hamilton Beach 6 Quart Programmable Stovetop Slow Cooker.

Check out Recipe Chatter each day and comment for an extra entry!

Before we get started... Be sure to check out RecipeLion.com's most delicious cookbook yet, Family Favorite Casserole Recipes. You can find this … END_OF_DOCUMENT_TOKEN_TO_BE_REPLACED