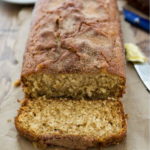 When I was growing up, some of my favorite things that my grandma would whip up in the kitchen were the things she remembered from her childhood — the era of World War II. Because of rations imposed during the war, those who remained on the home front were encouraged to cut back on certain […]

Sharmila (Shar) Melwani of Cookies by Shar offers the following Frugal Baking Tips. Frugal Baking Tips There are many ways you can save money when baking.  Here are some tips I find useful. Enjoy! 1)    I like to buy flour in larger quantities (eg. 10 lbs) and with the excess used from a recipe you […]

I’m always looking for ways to stretch my dollar at the supermarket. I put together a meal plan for the week before going to the shop so that I purchase only what we need and will eat, and am not tempted by impulse buys. I can check sales online before going to the store and […]

Before we get started... Be sure to check out RecipeLion.com's most delicious cookbook yet, Family Favorite Casserole Recipes. You can find this … END_OF_DOCUMENT_TOKEN_TO_BE_REPLACED