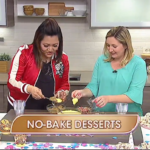 RecipeLion’s chef and cookbook author, Addie Gundry, appeared on Windy City Live on July 7. She brought along a few recipes from the recently released No-Bake Desserts and demonstrated how to make Funfetti Birthday Cake Parfaits, perfect for any festive occasion. Gundry is the author of RecipeLion’s cookbooks, No-Bake Desserts: 103 Easy Recipes for No-Bake […] 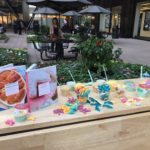 RecipeLion’s Resident Chef, Addie Gundry, appeared on Good Day Chicago Monday morning to discuss her appearance on Food Network Star. She discussed how her time working at Prime Publishing creating cookbooks helped prepare her for competing on the show. Addie showed the hosts how to make the Vanilla Beach recipe from No-Bake Desserts: 103 Easy […] 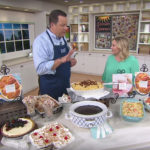 RecipeLion’s own Addie Gundry appeared on QVC’s In the Kitchen with David, hosted by David Venable, for the debut of the upcoming 103 cookbook series. The first two in the series, Family Favorite Casserole Recipes and No-Bake Desserts, will be released on July 4, 2017. Addie and David previewed several dishes, including Smoked Gouda Mac […] 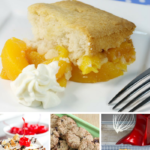 Memorial Day weekend might be synonymous with grilling hot dogs and hamburgers while eating copious amounts of chips and dip. But what about dessert? While grilled meats and vegetables might get all the press over Memorial Day weekend, it’s about time to shine the spotlight on easy and quick desserts that everyone will love. From […] 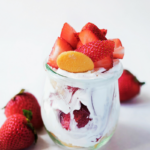 Raise your hand if you agree with me: My social calendar starts to fill up in a big way starting in March. Sure, I have the big events, including weddings and graduation parties, but there are a ton of smaller events planned, too including low-key get-togethers with friends. With the temperature rising, who wants to […] 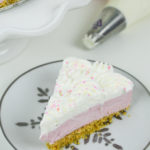 Hey there! Holly from Revamperate here again with a n0-bake cheesecake recipe. This no-bake raspberry cheesecake is a must-have. Once I started making cheesecake without my oven, I couldn’t turn back. It’s actually dangerous because making cheesecake this way (with Cool Whip) makes it taste lighter and, in my opinion, more delicious. It’s a little […] 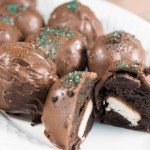 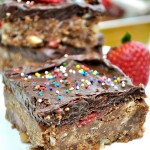 Take advantage of fresh produce and whip up a batch of these No-Bake Chocolate Strawberry Bars! Your kitchen will stay cool, and you will have a delicious and easy dessert without much effort. With rich chocolate, graham cracker crumbs, and chunks of juicy red berries, this no-bake dessert recipe is perfect for the lazy days of […] 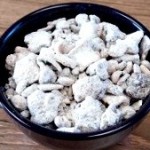 I’m a big, big fan of no-bake desserts. They’ve been huge life savers for me on more than one occasion because they’re typically pretty fast and easy to prepare, and many of them require just a few simple ingredients to whip up. None of those fancy cake recipes that require tons of ingredients you can […] 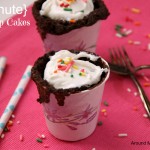 Across the country, millions of students are moving into their college dorms for the first time. They’re figuring out how to arrange their furniture, picking their side of the room and, most importantly, figuring out where to put their refrigerator, microwave, and snacks. The first few weeks in a dorm are great. You have all […]

Before we get started... Be sure to check out RecipeLion.com's most delicious cookbook yet, Family Favorite Casserole Recipes. You can find this … END_OF_DOCUMENT_TOKEN_TO_BE_REPLACED