We’re all sick of winter, and it’s certainly been a rough one for many people across the country. Unfortunately, many of us likely have several more weeks or even months ahead to endure snowy weather and sub-zero temperatures. Because it’s still winter, we’re giving you full license to indulge in some awesomely carb-filled winter comfort foods! In fact, at AllFreeSlowCookerRecipes.com, we’ve got 9 sinfully delicious excuses to carb-load while you still can!

We’ve rounded up some of our favorite carb-filled comfort food recipes to keep you warm. There’s no better comfort food dish than warm bread, cheesy pasta, or even a hot and sweet dessert! Slow cooker recipes are especially handy because many don’t require heavy preparation and then you can leave them to cook in your slow cooker while you’re out shoveling snow! 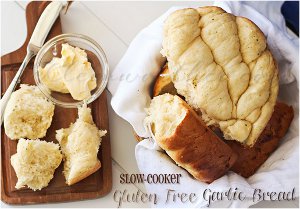 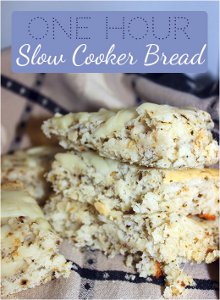 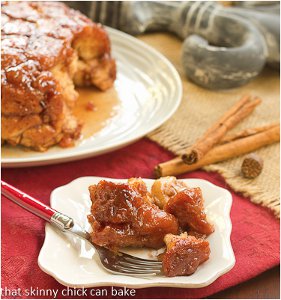 Slow Cooker Garlic Bread (shown above, left)- You only need 3 simple ingredients, including Pillsbury pizza dough, garlic powder, and tequila lime seasoning to make this tasty bread. This slow cooker bread “bakes” up perfectly in the a slow cooker.

Apple Monkey Bread for a Crowd (shown above, right)- Peeled apples and apple cider give this monkey bread recipe a rich apple flavor. Oodles of brown sugar and granulated sugar make it sticky-sweet. 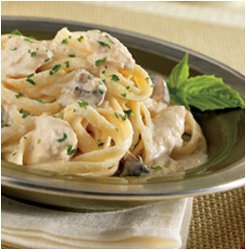 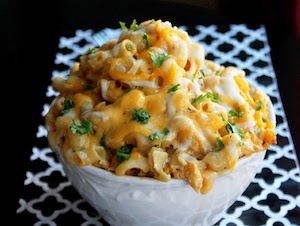 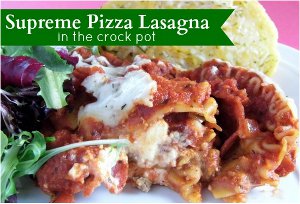 Slow Cooker Chicken and Mushroom Fettuccine Alfredo (shown above, left)- Take the classic fettuccine Alfredo recipe to the next level with the addition of chicken and mushrooms. Cream cheese and Parmesan cheese make this pasta dish extra rich.

Slow Cooker Macaroni and Four Cheeses (shown above, center)- As the recipe name suggests, this slow cooker macaroni recipe has four cheese, including Cheddar, Jack, fontina, and mozzarella, along with cheese soup and heavy cream. Mac and cheese doesn’t get much cheesier than this one! 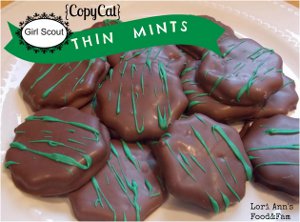 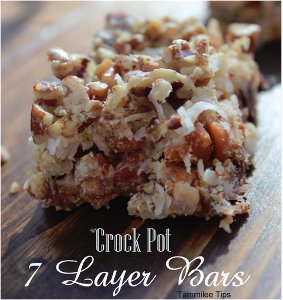 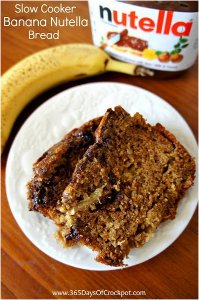 Slow Cooker Seven Layer Magic Cookie Bars (shown above, center)- This slow cooker bar cookie recipe truly is magical! Who knew you could “bake” seven-layer bars in your slow cooker? You can, and, they’re spectacular!

Before we get started... Be sure to check out RecipeLion.com's most delicious cookbook yet, Family Favorite Casserole Recipes. You can find this … END_OF_DOCUMENT_TOKEN_TO_BE_REPLACED